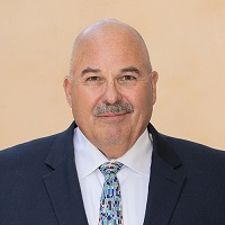 Edward Leonard is a Partner in Tyson & Mendes’ Orange County office with 42 years of litigation and trial experience. His practice focuses on general liability matters with a long-term emphasis on transportation cases involving the trucking industry and logistics.

Mr. Leonard has tried over 95 civil cases to verdict throughout the State of California and has served as a trial lawyer his entire career. His career began at Harrington, Foxx, Dubrow & Canter where he served as a trial attorney and Managing Partner for the mid-sized litigation firm. More recently, Mr. Leonard practiced law for Poliquin & DeGrave, LLP. Mr. Leonard has successfully defended numerous cases and is well known for being involved in a trial involving a repressed memory medical malpractice case. This case was the subject of numerous publications and is frequently referenced in medical/psychological/neurologic texts to this day.

Mr. Leonard received his B.A. in History from San Diego State University and received his J.D. from the University of San Diego School of Law. Mr. Leonard resides in Dana Point, CA. with his wife of 42 years, Nancy, and has a daughter, Dana, who resides in London and is a film producer. Mr. Leonard’s greatest satisfaction as a lawyer comes from directing the development of young lawyers.

Eight-figure nuclear verdicts involving commercial vehicles are skyrocketing. But the actions fleets must take to protect their organizations, fleets, and drivers are often not intuitive. More Info